“So give back to Caesar what is Caesar’s, and to God what is God’s.” 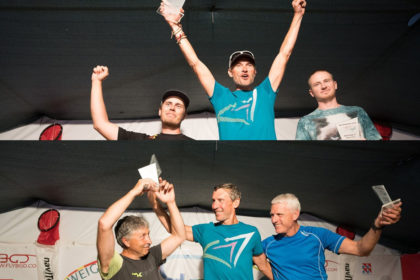 In the old days the quote above, assigned to Jesus of Galilee, was often used by clerics to justify the collection of taxes. Today we’d like to use it a little more tongue-in-cheek, and say “give to the Queen (2) what is hers, and to the rest what is theirs” – it so happens that the trophies seem to be the Queen’s.

Two weeks ago it was the Serial Cup, last week the BGD Weightless – in both comps our noble Queen (2) rose above her peers to dominate the fields and come out victorious, just as a warrior-queen with a soft and friendly side should. The BGD Weightless comp is scored in weight classes, and in the +101kgs class Yuri Mishanin, a recent Triple Seven convert, stood at the top of the podium. In the 80-100kgs class it was another recent Triple Seven convert, Pavel Titov, who led the pack by a very comfortable lead.

But just as history is not only about nobility, so our little story is also not just one of praising the Queen (2) for her beauty and her prowess; there is also room for tales of the more humble citizens of this fairy Triple Seven land. This week, the most notable of these is the one that tells the story of our friend Jaka Gorenc who, flying his Deck, has just made it to the top of the CIVL World Ranking in the field of paragliding accuracy (http://civlrankings.fai.org/?a=326&ladder_id=4). Read more about Jaka Gorenc and the Deck/D-Light here.

We think it is pretty cool that all the family members are causing a riot whereever they go – congratulations to all of these and many other Triple Seven pilots who are showcasing the performance and the user friendliness of our wings all over the World!!!