My name is Renato Herega and I am from Gorišnica, Slovenia. Around 4 years ago, I have felt a need for a change, so I started paragliding. As a child, I have always felt a bit different, because instead of football, I was interested in flying.

While watching Youtube videos, I got an idea to start flying myself. Challenges were never an obstacle for me, that is why I have decided to learn how to paraglide on my own. On the internet, I have read a lot of literature about paragliding in three different languages – Slovene, German and in English. After a while, I have bought my own paraglide. I learned the basics through Youtube tutorials. I’ve spent a lot of time in front of a computer, where I studied the movements, reactions and how to navigate the paraglide. I was confident I can learn all of this on my own. I didn’t take any chances and every practice was well planned ahead.

I started learning how to fly the same way they do it in the paragliding schools, with the only exception, that I took more time because I was self-taught. Once I figured out how to fly and how to move in the air, I wanted more. The wish to fly was now even bigger than before, so I have decided it is time to do an official exam. I took the exam in the Klub Lintvar and that’s where my paragliding career has started. Before I even passed the exam, Damjan had invited me to an open-air competition in Albania (Albania OPEN), where I finished on a 94th place out of 113th. Luckily, my character is of always trying to be the best in everything I do, that’s why, for the next 2 years, I have practiced literally every day for five or six hours. With each new competition, I was getting better and better, which gave me even more motivation to become the best.

My current goal is to become a professional paraglider and to achieve a medal on both, European and World Cup competitions. Later in life, I want to become a paragliding instructor, because I want to share my knowledge and my experiences with younger generations. 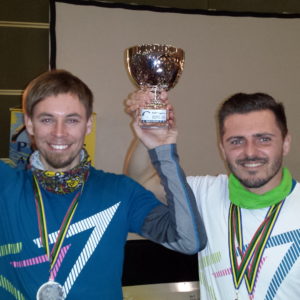