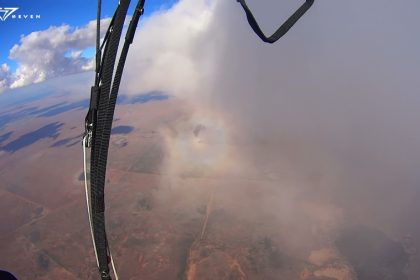 Our team pilot Jan Tupy had a chance to use the good days down under for a flight that lasted near 300 km with his Queen. This is what he had to say about the flight:

I would love to share a recent special flight of mine. It was my first day in the Australian flats for this season & only the 2nd time in my short 2 year flying career. Since spring having clocked up 130hrs on the Queen in hilly & Australian mountainous (J) country, to say I was keen was an understatement! After all, the flats is where the distance is & my goal of 250km for the season had a small window in which to be achieved. I was already riding a wave of excitement following my first 200km, accomplished at Manilla only 3 weeks prior to this day, though that is another story J

This one is about Magical Monday at Conargo (Deniliquin Australia), a SE forecast was in place, due to be strengthening as the day progressed. The thing about a SouEaster at Conargo, is that you have two options, 1) that you are either going to do a fair bit of cross wind flying for the first 40km or so to stick to the roads (off which there are very few!) 2) you commit & go deep over the ‘boonies’ (Aussie for remote areas J). Personally I’ve never been one to shy away from a committing line & depending on what the day would present – once in the air – I would go with my instincts.

This is a harsh barren area, one has to be able to survive in sweltering conditions with no shade, structure, road or person for easily 15km+ at a time. One wants to make sure to have plenty of water with them! The first time I arrived all I could think off, this must be the desert, where is The Rock (in reference to Uluru)! The day started slowly, with the 1st cue popping above my climb out from tow, around 1pm. Plenty of cue’s on the horizon, with good 20km area’s of blue. Luckily this was to change very quickly. By 2pm there were jagged edged marshmallows painting the sky, with 3-4m/s climbs everywhere, stuff that every pilot dreams off! Must admit the air was still very bumpy, dust devils that looked like mini tornadoes & some very turbulent thermal edges. At altitude the wind was actually a 15km southerly, which meant even a more committing line was required over the boonies then first expected. Essentially we had a great looking sky, there was no way I was deviating from my line more then needed. With remote farms roads no more than 10kms away, I was flying the sky, there was no landing in the though process! J

True to the forecast, as the day progressed, so too did the wind strength. I was regularly at 70Km+ trim on the Queen. The climbs were consistently 5-6m/s+ with one street after another lining up to the horizon. The Queen handled the conditions beautifully, biting in to the thermals at every opportunity, keeping rock solid in turbulence & racing like a thoroughbred from cloud to cloud. At about the 180km mark, I finally connected with the main (only) north / south highway that services the area. One can completely relax now, as the retrieve will be nice & straight forward from here forth. It was 17:30 and time to leave the last convenient cloud street to attempt a blue hole crossing in a SE/NW direction. There was another cloud street roughly 30km away, importantly near the highway & at this time of the day was feeling it was the smart option. This nearly ended up being my graveyard. Found myself 400m of the deck with a 40km tail wind & nothing but blue above. Thinking how did I get in to this place, sweating & feeling every one of the 35 degrees Celsius that beamed on me! J Aiming for the highway (with barely 1 car passing every hour to two) I finally connected with a 0.5m/s in which I drifted for 20 VERY long minutes, facing downwind on 78-84km trim, while parked (or going backwards) when pointing in to the wind. I had just passed the 200km mark, a new PB, I was stoked yet not ready to land. There was still plenty left in the day. Eventually when that climb consolidated after a 15-20km drift, I was back at base (2800m) following the intended cloud street. Now it was 18:30 & the wind just kept on getting stronger. For the next half an hour I flew at between 85-93km trim thinking to myself this will make for an interesting landing. I very quickly realised I had achieved my 250km goal for the season, over the moon, making sure to enjoy the last hour in the air. Unfortunately the flight was cut short by the first forest in 285km, still with sufficient height to glide past the 300km mark. Something I wasn’t willing to risk with a 40km wind up my tail, a goal I will save for the next MagicalMonday J

Thank you Triple Seven & Queen for a mighty fine machine, one that stay’s ever solid, even in the roughest of air!

Flight can be found HERE 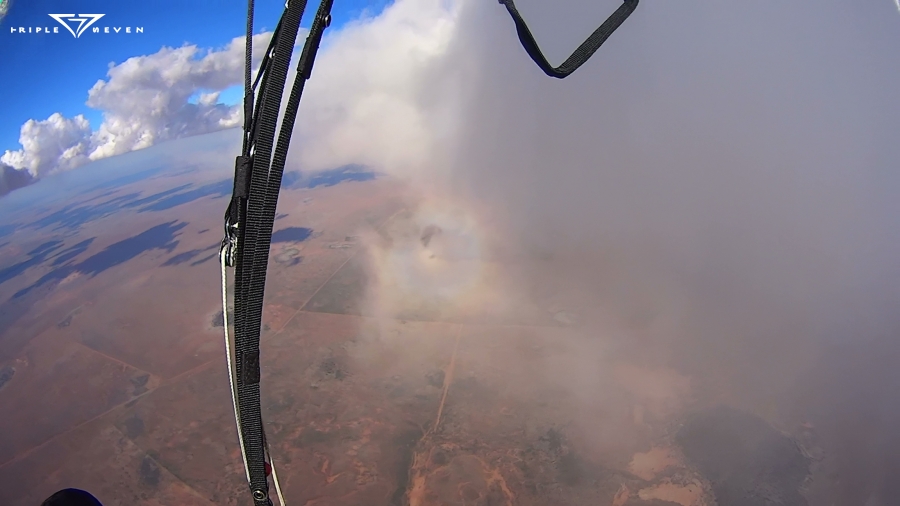 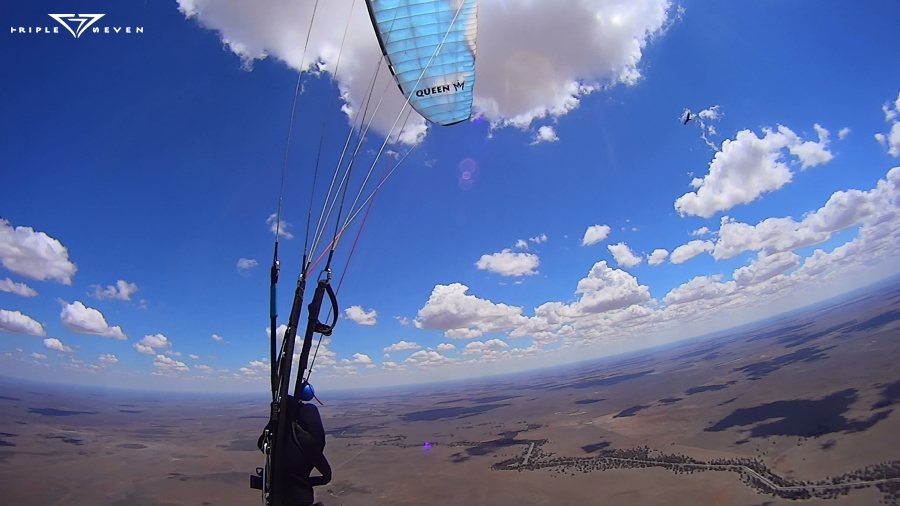 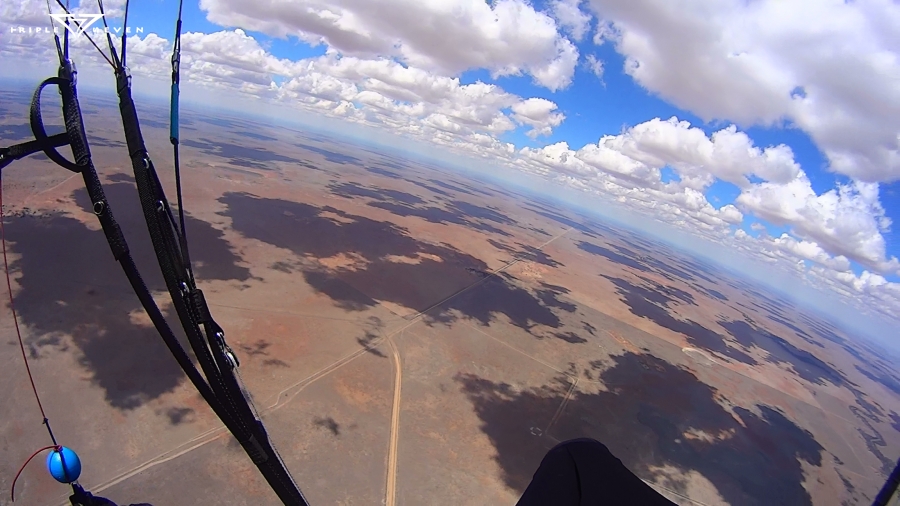