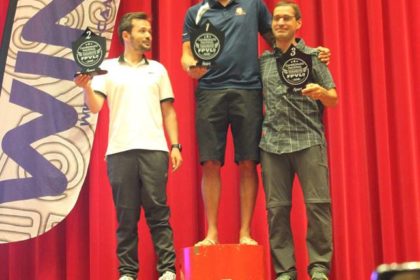 The Sports Class is heavily contended in Portugal, with 36 pilots competing in the most recent Portuguese National Championships. There were all sorts of wings competing, but two stood out… Ivo Duarte won the class with a healthy margin, after 5 good tasks, on his Queen 2, and no less noteworthily Hugo Sousa came 4th overall on his 1. generation Queen – proof that performance is in the fabric of the Triple Seven wings! Congratulations to Ivo and Hugo, and also to

Justin Pachura, who won the Serial Class in the recent Pre-PWC in Chelan, Wa. on his new Queen 2. In that same comp we saw our Man in the USA, Jaro Krupa come in 4th, also on a Queen 2. Well done both of you! A few days before that we got the notice that

Kuba Sto and Przemyslaw Potocki were on the boys’ podium in the Polish Open in Krushevo/Macedonia, both flying their Queen 2’s. Kuba was top man in the event, only 13 points behind the class winner, Klaudia Bulgakov 😉 and the only reason we emphasize this here is that we still think it is a bit silly to gender-separate paragliding comps, when there is obviously no reason why the girls shouldn’t be winning much more often, other than the psychological limits which are imposed upon them not least by the fact that they are scored separately – but that is another story… In any case we’re super happy for Kuba and Przemyslaw, well done guys! 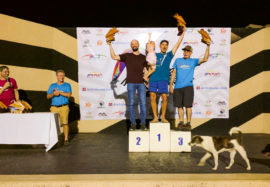