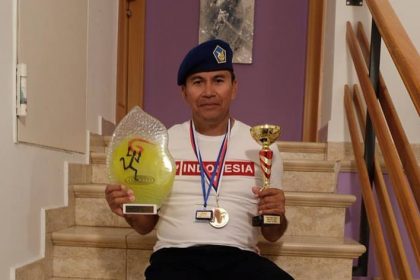 Our friend from Indonesia, Elisa Manueke, became paragliding accuracy world cup champion! Elisa was flying the Triple Seven Deck, thereby both proving his exceptional skills AND the Deck’s extraordinary stall resistance – something that is great to know for all the paragliding students and instructors out there using the Deck in their training.
A very big congratulation to Elisa and his team his wife became the female champion, flying the Deck as well! Congrats from all of us here at Triple Seven!