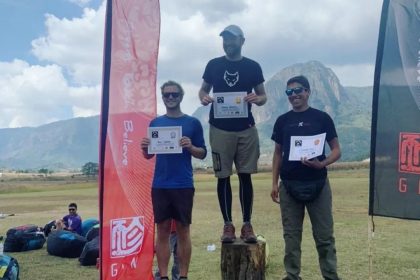 Even though there are some reviews on the internet about King 2 from Triple Seven Paragliders, I decided to write my opinion about King2.
When I got the glider, I was surprised how small where the intakes on the leading edge. Smaller than a finger. I saw the design on Rook 3 and I was sure it will give the glider fine handling and no pressure loss. Another thing was how thin are the lines, and how few of them there are. Looking at it quickly, and comparing the total length with a 2 liner, I could say you come to the same numbers.
I flew a long time a Q-light, C glider and taking a King for a first flight, I was surprised that it was easier to fly the King than the Q-light. The pitch movements are very small and has good and bad sides. The inputs that have to be done to control the wing are small, and the wing responds quickly with small inputs. In turbulence, the wing flexes but the movements are not transmitted to the pilot and give a good sense of safety.
In thermals, the wing wants to center into the core, and banks into the core. One thing that took me a while to get used to is the lack of pitch, which I sometimes miss when I want to indicate a quick and sharp turn. The lack of pitch comes in handy on the speed bar. For an aspect ratio of 6.9, the wingtips are very stable and it is quite rare to have them flapping. You won’t feel the need of having the brakes all the time, and you will be able to have a free hand to take out your camera.
Performance
On the first flight when I used the speed bar, I thought: “this is it? I don’t feel the acceleration”, and I did not have anyone to compare the speeds. Normally when you push the speed bar the paraglider dives and accelerates, but this is not felt on a King. I feel like it is accelerating gradually, with no pitch.
So how fast it is. I was racing the whole week against the Enzo’s, and I can say King 2 is fast. It is so fast that I could keep up with them with no problem. I was flying almost at the top, 105kg on a size ML.
The glide difference on full speed with the other D two liners was in favor of King and the difference with the CCC gliders was minimal, and in turbulence nonexistent.
When flying the King on speed bar, the wing is super stable, as the load moves on A and B lines. C’s stay almost with no load. The wing is easy to control with the B-C system, and I was able to go full speed through rough turbulence without letting the speed bar. The lack of pitch makes the accelerated flight so much easier. After hitting the bubble or thermal, the wing levels out, without a pitch. Flying into headwind and turbulence makes the wing gain altitude and it makes it really easy to control the wing.
I did not have any collapses, and I still have not tried SIV maneuvers, so that part will stay for later.
Pilots were saying why to buy a three-liner, that it will not outperform the two-liners, but I proved them all wrong. The King 2 is not an ordinary three-liner and the Valic brothers did a perfect job to create a super-fast glider, with incredible stability and easiness to fly. 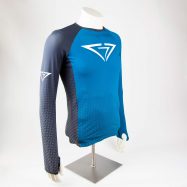 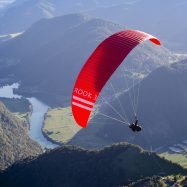 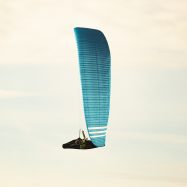 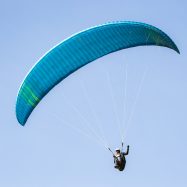 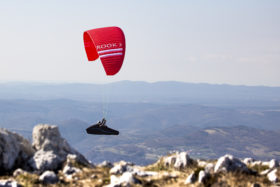