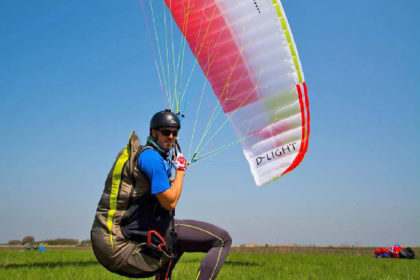 Just in time for the upcoming European Championship in accuracy, our team pilot Jaka Gorenc (SLO) has the pleasure of seeing his own name at the top of the CIVL accuracy World Ranking. Jaka flies the Deck and the D-Light, both EN A wings from Triple Seven. As in every other sport, the key to reaching the top lies in being consistent, and that is a Jaka trademark. We look forward to following him during the upcoming event, and cross our fingers that he will be able to expand his lead, thereby demonstrating not only his own skill and talent but also the incredible precision attainable with our school-and-leisure paraglider models!